After several near-misses, Big Brother’s resident model Hazel O’Sullivan has been evicted. The star was confronted by host Emma Willis over her in-house relationship with ejected Daley.

One of the biggest storylines of this year was the pair’s controversial flirty relationship – despite him having a girlfriend on the outside world. 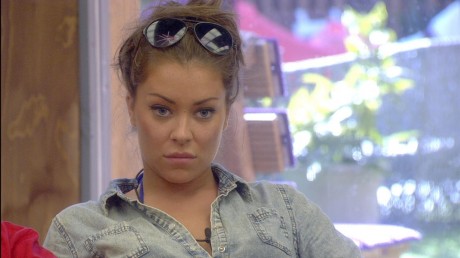 “I did [like him]. When I saw him on the first night, I thought, ‘good looking guy’… It developed very slowly. We had a lot in common, we had a lot of intimate chats.”

“We didn’t have sex. We didn’t kiss. We didn’t romp in the pool… It takes two tango.”

The Irish housemate also said she was “devastated” when Daley was kicked out for “aggressive behaviour” towards her. A controversial incident showed him pinning her to the bed and threatning to “nut [her] one”.

Charlie Travers, Sophie Lawrence, Jack and Joe Glenny and Dexter Koh were nominated against Hazel this week, but remained in the house for an extra week. Travers was the nearest housemate to Hazel when the votes were compiled.

Hazel also blasted Gina Rio for turning “nasty” on her.