JLS star Marvin Humes has piled praise on to new The Voice UK coach Kylie Minogue ahead of the launch of the show’s second season.

Humes will co-host the new run with Big Brother frontwoman Emma Willis when the show returns for its third season on Saturday.

Speaking of new coach Kylie, he told The Sun:

“She is just the ultimate popstar. You feel this aura of a superstar around you. 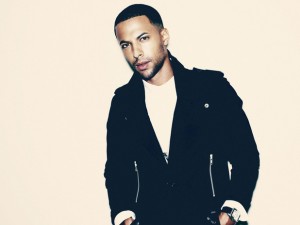 “And of course she’s beautiful, she’s a fantastic woman and she’s very inspirational.”

“You say ‘get distracted’ – it’s just great to work with her and to get to know her better than I did before.”

Of the show’s failure to produce a superstar thus far, Humes added:

“If you think of The X Factor, it really struck gold in the third series with Leona Lewis, so you need to give a show of this scale breathing space.”