Sam Bailey has been crowned the winner of The X Factor 2013.

The 36-year-old former prison warden from Leicestershire beat competition from 17-year-old Nicholas McDonald to take the crown in the ITV competition.

Bailey’s victory was also a first win for mentor Sharon Osbourne, who was serving her fifth season on the panel but only just scored her first victory. 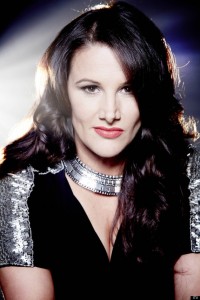 Sam Bailey is the winner! (ITV)

McDonald, mentored by Louis Walsh, vowed to bring out an album in the near future despite missing out on the top prize.

It was revealed after the show that Bailey had finished atop the public vote on eight of the ten live shows, with McDonald winning the remaining two. No other acts ever managed to poll higher than third place on the weekly shows.

Next year will see Gary Barlow and Osbourne off the line-up of judges, and Nicole Scherzinger is also alleged to be leaving. Louis Walsh is thought to be on the way out as well, unless Simon Cowell drops his X Factor USA commitments to rejoin the show.

Bailey’s winner’s single – a cover of Demi Lovato’s ‘Skyscraper’ – is out now.