Ed Sheeran is reportedly comfortably on track to net a huge debut at the US No1 spot next week.

The star’s second album, x, was released earlier this week, and should net a huge 6-figure entry on the Billboard 200 next Thursday. 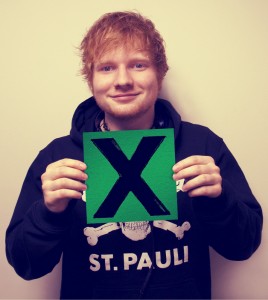 x is also looking good to land at the top of the UK charts as well, and will probably become the fastest-selling album of the year, after netting a 100,000 sales figure in its first two days alone.

The track’s lead single, ‘Sing’, has landed at No1 on the singles chart, while several other songs have bowed at the top end of the live iTunes rankings.

Ed’s debut album, +, was released in 2011 and sold millions of copies all over the world.