Jennifer Lopez appears to have reversed her decision to miss the opening ceremony of the World Cup this week.

FIFA had reported yesterday (June 9) that the star was struggling with “production issues” that meant she’d be unable to join Pitbull for a performance of their track ‘We Are One (Ole Ola)’; which is the official single of the tournament. 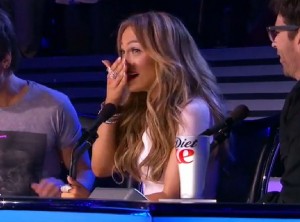 However, her rep has now said in a new statement: “Jennifer has always wanted to participate in the World Cup opening ceremonies. We have been trying to work out scheduling and logistics. Any statements to the contrary were premature.

“Jennifer would not want to disappoint her fans or fans of [soccer]. She will be there.”

England’s official single was a recording of Take That’s ‘Greatest Day’ by a string of A-list celebs, led by Gary Barlow himself. However, the FA allegedly canned it at the last minute, despite it being trailed on Comic Relief back in March.