Orlando Bloom and Miranda Kerr have confirmed that they have ended their relationship after six years, and three of marriage. The couple – he an actor, she a model – said today that they actually broke up several months ago. They have one child together, Flynn, who was born in early 2012.

Asked by a TMZ photographer about the split, Bloom said:

Pushed on the reasons behind it, he said:

“Life is a mystery, you know. It doesn’t always work out the way you want, but it’s all good.” 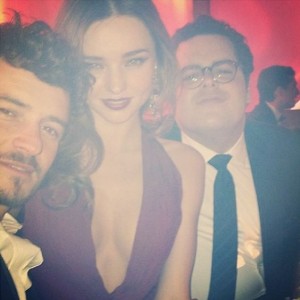 Their statement earlier on had read:

“After six years together, they have recently decided to formalise their separation.

“Despite this being the end of their marriage, they love, support and respect each other as both parents of their son and as family.”