Britain’s Got Talent contestant Ed Drewett has been asked in an interview whether he prefers One Direction or The Wanted – two acts he has written for.

The musician appeared on the talent show after failing to secure solo stardom for himself, despite penning a number of global smashes including ‘Best Song Ever’ for 1D and ‘All Time Low’ for their rivals. 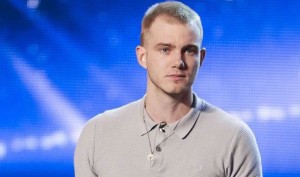 Asked by Digital Spy to pick between the two songs, he said:

“Oh God! I couldn’t answer because I actually genuinely love them probably an equal amount – that’s not me just being boring. ‘All Time Low’ started it and then ‘Best Song Ever’ was a massive thing to get.

“I have to say, in terms of how special it is, ‘All Time Low’ for just being the start of it all.”

Asked whose music he prefers overall, he said:

“I’ve fallen in love with Midnight Memories by One Direction – not because I had songs on it, but because other tracks were written by two of my best friends.

“I just love the album as a body of work, so I’d say Midnight Memories and One Direction, for me, are the best.”