Briana Cuoco was seen turning heads – and chairs – when she auditioned for the US version of The Voice this week. However, the fact her sister is famous seems to have attracted some controversy.

Briana’s sister is Kaley Cuoco – a cast-member on the hugely popular sitcom Big Bang Theory. She recently became engaged after a whirlwind romance.

Kaley appeared on the singing contest in support of Briana, who wowed the coaches with her performance of Lady Gaga’s ‘You and I’. She opted to join Christina Aguilera’s team, even though Cee-Lo Green also turned his chair around for her. 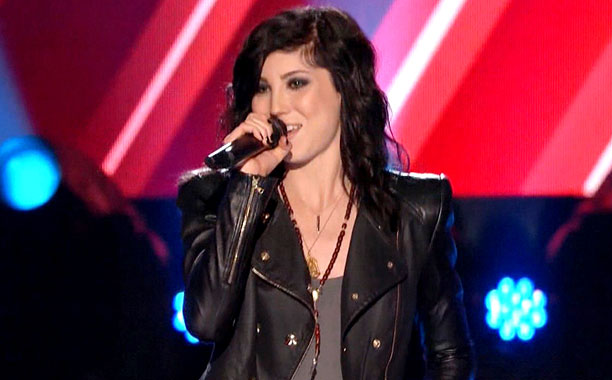 Briana Cuoco has made waves on The Voice (NBC)

She took to Twitter to defend Briana against accusations that she received special treatment because of her star connections.

“FYI last nights #TheVoice was NOT rigged because I’m @bricuoco sis. She made it ON HER OWN 100%. It’s called BLIND AUDITIONS for a reason.”

Do you think it was fair for Kaley to appear on the show?