Marcus Collins and Robin Windsor have discussed the possibility of taking their relationship onto Strictly Come Dancing.

Windsor is one of the professional dancers on the hit BBC show, whereas Collins rose to fame as the runner-up on the eighth season of The X Factor, losing to Little Mix.

The pair became an item last year, and have a front cover shoot in this month’s issue of Gay Times. 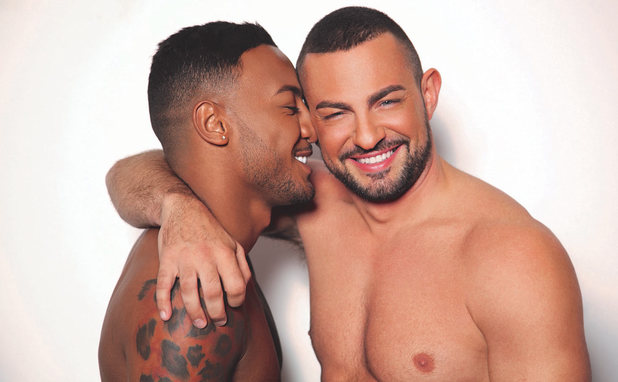 Asked about the possibility of taking the ballroom by storm, Collins told the magazine: “I can dance, but I’d be learning ballroom dancing from scratch. It’s something I’d certainly give a go.

“It’s about waiting for the right time for the public to be ready to see a same-sex couple dancing together.”

The couple are apparently already talking marriage, despite having only been together for a few months.

Windsor gushed: “We both know where this is heading and that this is for the long term.

“It’s a case of being the right time. I’ve always wanted to get married to the person I love and that fairytale is getting closer every day.”