One Direction star Liam Payne has issued an apology to the band’s army of fans after spotting some negative signs about him at a recent event.

The star had previously complained that some Directioners were “p**sing everyone off” by showing up at hotels and preventing the band from getting any sleep, but later apologised for his outburst.

He has now apologised again, writing on his Twitter feed: “Hey everyone. Saw some signs about me tonight that where a bit upsetting don’t know whats happened but I hope I’m good with you guys and I hope you know how grateful I am that you guys have done all of this for us because i genuinely can’t believe how lucky I am to be here. (sic)

“It’s amazing that you guys have created all this for us, non of us can believe the stuff that we get to do everyday and it’s all down to you guys spending time on here spreading the word about us and being so dedicated spending all your money trying to make it to our shows an stuff.” 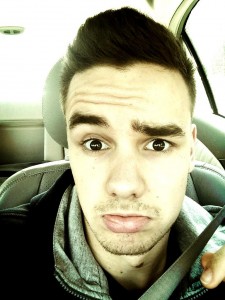 He went on: “Thanks to everyone that has been so far every crowd has literally been amazing and it’s so tough to pick a favourite. Like I said I hope everything’s ok and I know a lot of people may not like me right now and feel a little under appreciated as we don’t get to come out and meet u guys all that much i wish it was easier, I do truly appreciate you guys tho you have changed my life and i could never thank you enough I hope in time it will all be cool. Love from me.”

He later clarified: “I was saying that I don’t want u guys to feel unappreciated cuz we do really appreciate the efforts u guys go through.”

One Direction’s world tour kicked off earlier this year, and continues for another few months yet. They will also be releasing their movie This Is Us in August, and will then embark on a stadium tour in 2014 following the release of their third album.