The X Factor frontrunner Sam Bailey was not snubbed by Celine Dion out of personal dislike, it has been claimed.

Dion was reportedly invited to sing with Bailey in the event that she makes the grand final of the ITV talent show, however she turned the job down. 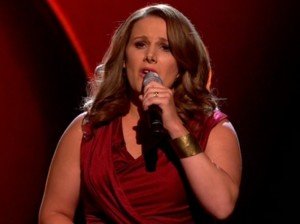 The rejection was linked back to earlier in the series, when Bailey sang Dion’s hit ‘My Heart Will Go On’ and was told by judge Louis Walsh that she was “better” than the original diva. However, it has since been claimed that the superstar just can’t sing with the former prison officer because of a diary clash.

“Celine Dion was only ever asked about her availability for the X Factor Final Live Show – at Wembley Arena on December 15,” a spokesperson told Digital Spy.

“Unfortunately, due to Celine Dion’s commitments in the USA, this precluded her from being able to appear on the final show.”

“Celine wishes the finalists all the best for the final show.”