The members of the boyband are all taking on different roles in the new clip, which will finally debut in the near future after a string of teaser trailers and images. ‘Best Song Ever’ debuted on the radio last week after initially leaking online, and the band’s army of fans are now eagerly waiting to see the boys in action as their various characters in the accompanying video. 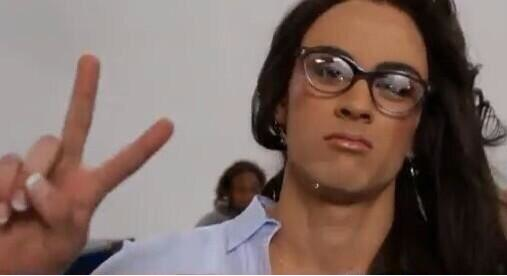 Zayn apparently plays Veronica, billed as “the sexy assistant”. He is seen donning a blouse and a long brunette wig, wearing a full face of make-up and stereotypical ‘secretary’-style specs.

Ed Drewett, Wayne Hector, John Ryan and Julian Bunetta wrote ‘Best Song Ever’, which comes in promotion of the upcoming movie One Direction: This Is Us, which lands in UK cinemas on August 29 and in the USA on August 30.

We think Zayn looks pretty good as Veronica! What about you?