Demi Lovato has confirmed that the next single from her current album will be ‘Neon Lights’. The song, which is the third to be cut from her Demi LP, is thought to have its music video premiere on Sunday, September 29, at 6pm EDT following a cryptic tweet posted to the star’s Twitter account.

‘Neon Lights’ was written by OneRepublic frontman Ryan Tedder, along with Mario Marchetti, Tiffany Vartanyan, Noel Zancanella and Lovato. Tedder and Zancanella are credited as the track’s producers. 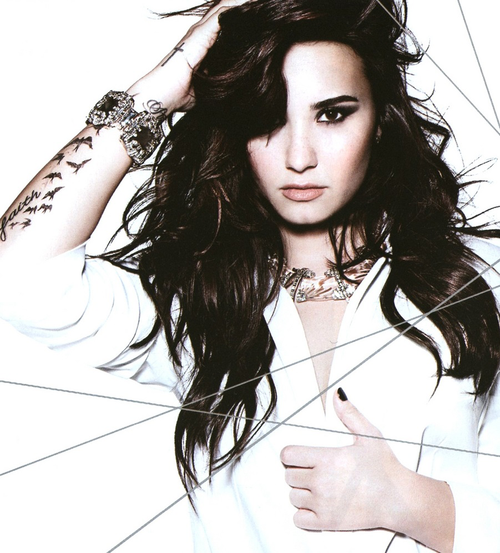 Demi Lovato’s next single has been revealed (PR)

Demi is already undergoing something of a chart resurgence in the UK, as ‘Skyscraper’ – which was performed by Hannah Sheares on Sunday’s X Factor episode – is scaling to new heights on the UK rankings. Wednesday’s midweek figures put it at a new peak of No17, while today’s iTunes chart sees it at No14.

The X Factor USA judge has also discovered that she will mentor the Girls category on the show’s third season, which is currently airing Stateside. Kelly Rowland, meanwhile, has been tasked with the Over 25s, while Paulina Rubio has the Boys. Simon Cowell will take charge of the Groups for the second year running – presumably following his huge success with One Direction on the UK version in 2010.

Do you think ‘Neon Lights’ is a good choice of single for Demi?