The first five celebs have been unveiled for the next season of Tom Daley’s hit diving show Splash!.

The series, which sees a handful of famous faces learning to dive under the instruction of the Olympic bronze medalist, returns to ITV on January 4, with five celebs taking part in each heat. 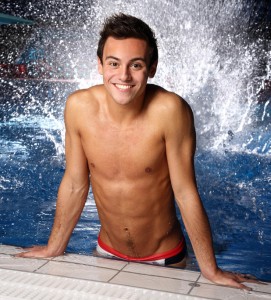 Tom Daley is back with Splash! (ITV)

It is also already confirmed that Una Foden of girlband The Saturdays will be competing further down the line in a later heat.

“The first series of Splash! really struck a chord with people. I think audiences connected with it because they could tell the celebrities were really having fun.

“The talent in this series has been incredible, too. After just two days of training, all the celebrities were further ahead than the guys last year were after three weeks. They have all been so incredibly brave.”