The X Factor runner-up Nicholas McDonald has slated his former mentor Louis Walsh for appearing to back Sam Bailey on the weekend’s final.

The Scottish 17-year-old said he was “disappointed” with the Irish mogul for giving his backing to Sharon Osbourne’s mentee instead of him.

“I was disappointed with Louis saying, ‘Vote for Sam and her single everyone’. It felt like Sam was getting all the love,” he told the Daily Mail. 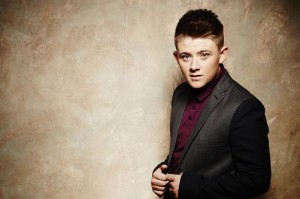 Nicholas also voiced his disappointment in Gary Barlow for the ongoing criticism he received.

“Gary had a problem with me throughout the whole show,” he said. “He never seemed to like me and whenever I gave a good performance he would pick up on the smallest things in the world.”

His mother also waded in, saying:

“It was completely unprofessional, Gary refusing to stand after Nicholas’s song. As for Louis, I don’t know what that was about and it was rude of him.

“He should have been backing his own act and not encouraging the public to vote for their opponent. I think Louis just speaks without thinking sometimes.”