Lea Michele spoke publicly about the passing of Cory Monteith at last night’s Teen Choice Awards. The star won Choice TV Actress: Comedy at the ceremony, just under a month since her on and off-screen boyfriend Monteith was found dead at the young age of 31.

Accepting her award, she said:

“I just wanted to be here today to personally thank all of you and tell everyone out there how much all of your love and support has meant to me over these very difficult past weeks. 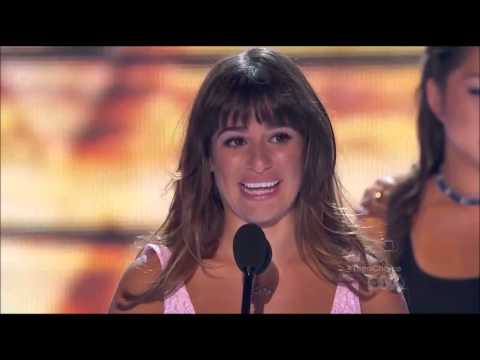 “For all of you out there who loved and admired Cory as much as I did, I promise that with your love we’re going to get through this together.”

She went on to say:

“He was very special to me, and also to the world, and we were very lucky to witness his incredible talent, his handsome smile and his beautiful, beautiful heart. So whether you knew him personally or just as Finn Hudson, Cory reached out and became a part of all of our hearts – and that’s where he’ll stay forever.”

Michele has since returned to the set of Glee, where three episodes will be filmed before it enters a long hiatus.