Lea Michele has admitted that she and Cory Monteith had spoken about starting a family, before he tragically lost his life last year.

The Glee actress, who is about to release her debut album Louder, admitted that she is still nowhere near ready to look for love again after losing her on and off-screen boyfriend in the summer of 2013. 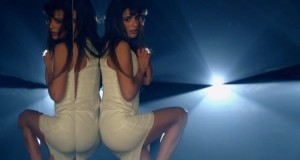 “We were done. We were it. When you’re at that place in your life with someone, you talk about everything.”

On the perspective she has gained since his passing, the singer and actress mused: “I feel like I was given the best part of Cory and I’m thankful for that.”

As for dating again, Lea admitted:

“I was under a Cory Monteith spell… it’ll take time to readjust my mind and I’m really not wanting to do that right now. I feel like it’s so important to make sure that I’m 100% OK before I can get into a relationship.”