Amy Childs to return to The Only Way Is Essex?

Tulisa Contostavlos has denied recent rumours suggesting that she will feature in the upcoming series of I’m A Celebrity… Get Me Out Of Here!. The former X Factor judge, who will soon answer police bail following her arrest for alleged drugs offences earlier this year, said on her Instagram page that she has not signed up to join the reality show, which is based in the Australian outback.

Tulisa was replaced by Sharon Osbourne on The X Factor earlier this year, and has rarely been seen in the spotlight since. She was axed following two years on the panel, the first of which saw her winning with girlband Little Mix. 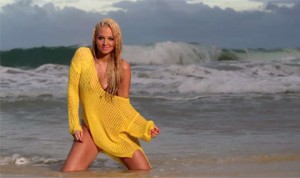 The show’s 13th cycle kicks off next month.