Davina McCall has revealed that her marriage has been in trouble over recent months.

The popular TV presenter and her husband Matthew Robertson have reportedly had issues that were hindered by events including her gruelling Sport Relief challenge.

“We had a really difficult six months. Matthew’s dad was ill, I was doing the challenge and he’d hurt his shoulder,” she explained to The Mirror.

“We weren’t arguing, but we had both been in a kind of tough place. Now we are here and we’ve been on holiday. Getting through stuff like that makes the next step better.” 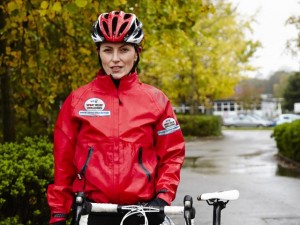 “If you never give it a chance to get through something difficult, you never get to that step where you think, ‘I know you, and you know me’.”

She also mused that, were the couple younger, they may have split up for good.

“When you’re in your twenties and you have a tough six months, then that’s a break-up. But when you’re married, it’s nothing,” she said.

“You always have to think when you are in a relationship that if you have a tough six months then it’s nothing in the grand scheme of things.”