Kristen Stewart has opened up about her decision to step behind the camera and have a go at being a director. The former Twilight actress has co-directed on the music video for the song ‘Take Me To The South’ by Sage & The Saints.

She tells Rolling Stone in a new interview:

“I’ve been saying I want to direct movies since I was 10 years old. And then I started making movies and working with such incredible people that I realized what I was up against.” 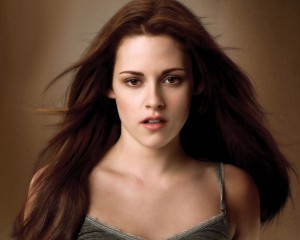 “It’s this very consistent strain that never lets up. Whereas with acting, there’s small bursts… You alleviate bits of tension for the camera and then you go off and, I don’t know, wait to stress out again.

“But there wasn’t one second that I wasn’t sitting with my head in my hands. It’s your responsibility to hold this thing together, and I was always concerned I was missing something. Missed opportunities are the most gut-wrenching, painful, nauseating thing.”

As an actor, your job is to lose yourself in the moment. Losing yourself is the last thing you want to do as a director, so it goes against my instinct. I had to harness my energy rather than let it explode all over the set.”