Peter Capaldi has been cast as Matt Smith’s replacement in Doctor Who, following months of speculation. The 55-year-old will be unveiled as the latest incarnation of the long-running Time Lord during the Christmas special, before his first full series debuts in 2014.

Showrunner Stephen Moffat said that the Thick Of It actor was the only man he was considering for the job. 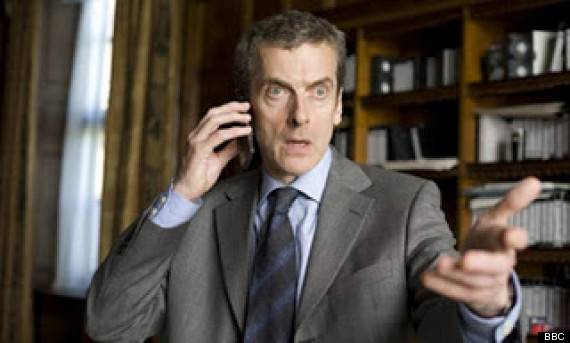 Peter Capaldi is the 12th Doctor Who (screengrab)

Asked by Digital Spy if he had a shortlist, he said: “Yes, the list went, ‘Peter Capaldi’ – it was a very short list! Honestly, there was only one audition this time… and it wasn’t an audition so much as… he came round my house and we put him on video to see what he looked like as the Doctor and, gosh, he was terribly good!”

Speculation that Capaldi was going to be revealed as the new Doctor sort-of leaked online over the course of the week, but Moffat wasn’t bothered.

“Does [the secrecy] matter? No, not very much,” he said. “It matters that people love the choice, and what we were looking at when we saw that there were some hints out there that it was going to be Peter… everyone was rapturous about the idea.

“I said to Peter before he went on tonight, because he was a little bit nervous obviously, ‘Imagine if you weren’t Peter Capaldi and you had to walk out tonight – you’d be mown down! It has to be you!'”

He also admitted that he considered casting Capaldi as a replacement for David Tennant, but realised that it wasn’t the right time for him.