Katie Hopkins’ appearance on Celebrity Juice was apparently axed this week because of Peaches Geldof’s passing.

Peaches’ final notable TV appearance was a televised debate with Hopkins in which the pair fiercely debated the topic of attachment parenting. 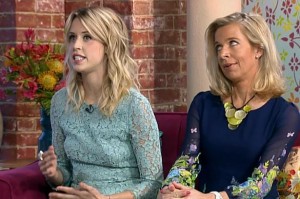 Katie retweeted a message from a Twitter user tonight which read:

“Tonight’s scheduled episode of #CelebrityJuice featuring @KTHopkins has been postponed until the Autumn due to Peaches Geldof’s passing.”

“I sincerely apologise to you all”, and told her followers that she will instead be on the ITV2 show in September.

Peaches’ cause of death remains unknown, after the post-mortem proved inconclusive.