Mean Girls star Daniel Franzese has publicly come out as gay, ten years after portraying the character Damian in the teen movie.

The actor addressed his alter-ego from the Lindsay Lohan movie in a moving letter published in Indiewire, in which he said: “You became an iconic character that people looked up to. I wished I’d had you as a role model when I was younger.” 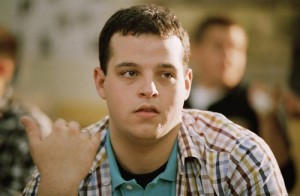 “There were industry people who had seen me play you in Mean Girls but never seen me read in an audition but still denied me to be seen for ‘masculine’ roles.

“Damian, you had ruined my life and I was really pissed at you. I became celibate for a year and a half. I didn’t go to any gay bars, have any flings and I lied to anyone who asked if I was gay.

“I even brought a girl to the ‘Mean Girls’ premiere and kissed her on the red carpet, making her my unwitting beard.”

“Perhaps this will help someone else. I had to remind myself that my parents named me Daniel because it means ‘God is my judge.’ So, I’m not afraid anymore of Hollywood, the closet or mean girls. Thank you for that, Damian. (And Tina [Fey].)”